Metabolism and fate of R.B.C (Erythrocytes)

Energy is required for RBCs to

Erythrocytes are generally considered to be discocytes, with some degree of concavity. The mammalian RBCs are usually non-nucleated and non-motile cells, biconcave circular disc with central pale spot. Its shape differs in various species of animals:

5. Significance of biconcavity of RBCs (Advantage of DISCOID shape of erythrocytes)

6. What is erythrocytic PLASTICITY?

8. Size of RBCs in different animals

Surface area‚ varies from 57-67m2 / kg body weight in mammals. It is lowest in goat (lesser diameter) and highest in man (greater diameters).

Concentration of RBC in domestic animals (millions/ mm3 of blood)

There are three indices, and each relates to a value for a single RBC. Accordingly, the units are small and are shown for each as follows. These indices help in the diagnosis various types of anemia (microcytic vs. macrocytic or normocytic). 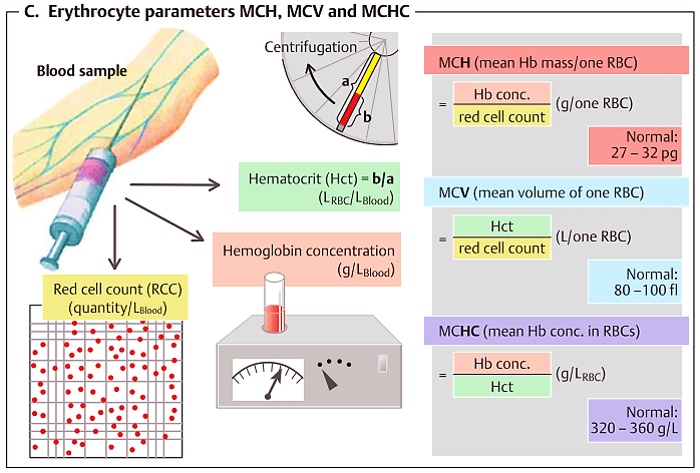 12. Site of destruction of erythrocytes

Diseases of the newborn calves and lambs