Sorghum (Jowar / Chari) as a fodder for livestock in Indian conditions

Sorghum as a fodder 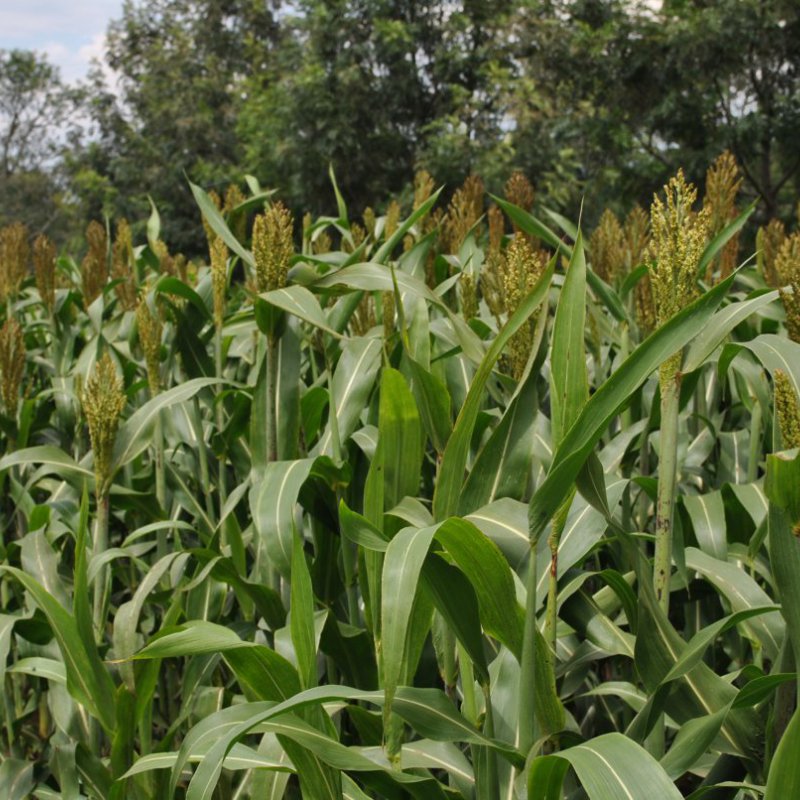 It has been in cultivation since very ancient times in all regions of the tropics where rainfall is low and uncertain.

Sorghum is believed to be indigenous to Africa, although both India and China have claimed to be the home of at least certain varieties of sorghum.

Sorghum or jowar is one of the best drought and heat resistant kharif forage crops grown for soilage, silage and hay. It is one of the important kharif fodders grown all over the country, both under irrigated and rainfed condition.

It is most resistant to drought in comparison to other crops.

Deep fertile sandy loam soil is suitable for this crop, but it can also be grown in well-drained heavy soil.

Jowar is a rapidly growing fodder and gives heavy yield from less land.

For good yield and palatability, the forage should be harvested at the flowering stage.

The yield of green fodder varies from 250 to 500 quintals per hectare according to management.

IMP POINT: Prussic acid poisoning has been reported in livestock by feeding the forage harvested at the young stage or from low rainfall or unirrigated soil. Prussic acid is also known as HCN or hydrocyanic acid. Only stayers of such crop would be available for the feeding of cattle and buffaloes.

Time and method of sowing: Jowar can be sown from March to August in the northern part and February to November in the southern part of India, under irrigated condition. However, under rainfed condition it is usually sown on the onset of monsoon (June-August).

Manuring and Irrigation: Under irrigated condition about 100kg nitrogen/ha may be applied in spilt doses depending upon the type of soil. In a multicut variety, half the N fertilizer should be applied at the time of sowing and rest should be applied each cutting.

Yield and Nutritive Value: For feeding of livestock the crop can be harvested at 50% flowering stage of growth. However, for hay making harvesting should be done at the boost stage. In multicut varieties, the cutting management is different. The first cut ‚ is taken after 55-60 days of sowing followed by subsequent cuttings at 30-35 days of intervals.

The yield of forage depends on the variety and cutting management. The average yield of green forage may range from, 250-700 quintal/hectare.

The crop contains enough of nutrients at the flowering stage and is supposed alone to be a maintenance ration for all groups of livestock.

Multicut varities: Few of the single varities like pusa chari-1, S.L-44, Composit-1, and J.S-21 can be used as a multicut due to their ability to regrowth. MP chari and J-69 are a few multicut varities, and 2-3 cuttings can be obtained in about 200 days.

Diseases of the newborn calves and lambs